“The Navy’s shipbuilding partners have brought the learning curve down and performance continues to improve,” he said.

The Virginia-class is the Navy’s first major combatant designed and delivered specifically for the post-Cold War security environment. The class provides the ability to dominate across a wide range of missions including strike; special operations; anti-submarine and anti-surface ship warfare; intelligence, surveillance, and reconnaissance; battle group support; and Mmne. warfare in both shallow and deep-water environments.

North Carolina will be commissioned May 3, 2008, in Wilmington, N.C. Mrs. Linda Bowman, wife of retired Adm. Frank Bowman, the former Director of Naval Nuclear Propulsion, is the ship’s sponsor. 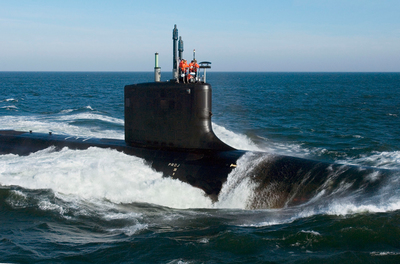