Posted by Mactavish on Jan 11, 2011 in Military, Philanthropy, Sports | 0 comments 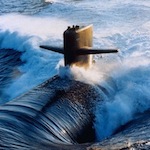 This event will bring the experiences of the NFL from those who lived it to the citizens and youth of Hampton Roads.

Event tickets are $50.00 and will include a facilitated question and answer forum, dinner and open interaction with the players.

Unable to attend, please consider making an individual or sponsor level donation to allow one or more high school athletes from lower income districts to have a chance to meet positive roll models who made their education and contributions to the community their priority while competing in professional sports.

wingsuit base jumping from Ali on Vimeo.

or I should say, John Daly, you better watch your beer intake.

I like the guy, and hate to see his career implode due to booze and excessive Hooterness.

‘Hooterness’ being a scientific term, ya know.

Olympic swimmer Dara Torres is 41 and spanking everyone in her path. And looking good all the way.

This just in from Scotland…

TWO golfers yesterday watched open-mouthed as a speedboat flew 100ft through the air in front of them and landed in a greenside bunker.

French tourists Claude Bieth and Catherine Guillet were playing the sixth at the famous Loch Lomond course when the boat hurtled out of the water and took off. Claude, 62, said: “It clipped the sand and flew about 30 yards through the air. “The boat seemed to go in slow motion and came to a halt in a bunker. The motor kept going but it was stuck fast.”

The boat’s driver managed to jump to safety before it hit the shore.

Claude, of Strasbourg, added: “There was no one on board, which made it all look very strange.
We could see the owner about 100 yards into the water and he made his way to shore. He was fine but he seemed slightly in shock. I own a golf course in France which has lots of water but certainly doesn’t have any flying speedboats. I turned to my friend who invited us to play at Loch Lomond and thanked him for putting on such an amazing display for us. It will be an interesting story for us to tell our friends at home.

Another witness said the crash was “like a scene from a James Bond movie”. The source added: “Apparently the guy hit a kind of double wave which virtually threw him out of the boat. He must have been going at a fair old speed for it to travel so far on to the course. Thankfully, the guy had baled out and was fine. It could have been nasty if someone had been in the bunker but no harm was done. Even the boat itself seems to have remained fairly intact – it was cushioned by the sand.”

The crashed boat – named Final Fling – was still beached in the bunker last night. Experts were due to check it today to see whether it can be refloated without sinking.