Churchill would be proud…

From the Times Online:

A BRITISH soldier who had part of his leg blown off by a landmine is preparing to return to Afghanistan to settle “unfinished business” with the Taliban.

Private Matt Woollard, 20, is expected to be the first British infantryman to return to the front line after being fitted with a prosthetic limb.

Woollard, a member of 1st Battalion, the Royal Anglian Regiment, lost his lower right leg after setting off an insurgent bomb while on patrol near Kajaki in May 2007. His heart stopped three times while he was receiving treatment.

“I want to get back and do what I was sent to Afghanistan to do in 2007 — take the fight to the Taliban,” Woollard told The Sunday Times.

The army expects him to pass fitness tests and he could return as early as next year.

His determination to rejoin the fight, which is backed by army chiefs, emerged as the Ministry of Defence named three paratroopers killed in a Taliban ambush last Thursday. The fiancée of one of the victims, Corporal Kevin Mulligan, 26, is pregnant. Lance-Corporal Dale Thomas Hopkins, 23, and Private Kyle Adams, 21, also died.

The mounting casualties come amid concern among senior officers that some of the mines and explosives used in the Taliban bombing campaign are coming from Iran. Their fears appeared to be backed by statements from Dennis Blair, America’s director of national intelligence, confirming that Iran is supplying Afghan insurgents with weaponry.

In a statement to the US Senate intelligence committee, obtained by the Secrecy News blog last week under freedom of information rules, Blair said Iran was covertly supplying weapons to the Taliban while publicly supporting the Afghan government.

British military intelligence sources were more cautious. “It is an undefined amount of explosives that has come in from Iran,” said one source. “But, yes, there is concern that some of the mines and explosives the Americans are talking about may have been used in the Taliban bombs.”

Meanwhile, the new head of the British Army, General Sir David Richards, provoked controversy by suggesting British troops could be in Afghanistan “for the next 30 to 40 years”. The suggestion was rejected by the Conservatives and the Liberal Democrats, with Liam Fox, the shadow defence secretary, saying the idea was “unaffordable” and “a non-runner”.

My buddy Mitch ‘Taco’ Bell is a USMC pilot and one of the best bloggers on the planet.  I highly encourage you to read this outstanding post from the Sandgram.

The song from the Sound of Music reverberates in my head as I sit here thinking about the situation in Afghanistan. How do you fix a problem like Afghanistan? When I tell folks that I served in Kabul, I think the number one question asked of me is, “What do you think will happen in Afghanistan?” I hate to say that my reply isn’t always positive. Our job there, and in Iraq, has come at a great price for America and her allies, and I firmly believe there are still lots of bad guys there who need to be given the chance to meet their maker, but maybe we need to change how we do business. These are my personal insights on the war there, good, bad or indifferent. They do not reflect the opinions of the Marine Corps or the administration.

The country:   Let’s face it; Afghanistan’s current calendar is in the solar year 1388 and they are still a hundred years from Columbus discovering America. They use the Hijri date which is the Islamic calendar starting in the year that Mohammed immigrated from Makkah to Madinah. In the cities, they have cars, electricity, TV and radios, but that is mainly for the wealthy, while you still see donkey carts clogging up traffic for the average person. Even in Kabul, a major city, the majority of the population is uneducated, and they rely upon their Imams or religious radio programs to tell them what is going on in the world. We have a real problem with functional illiterates who are serving in the roles of the Government.

Posted by Mactavish on Jul 7, 2009 in Excursions, Media, Tomfoolery | 0 comments

I’m putting together a full debrief of the Fox and Friends interview and the shenanigans that surrounded it.  However, I’m buried in work, and the full story will have to wait for now.

Until then, a few photos: 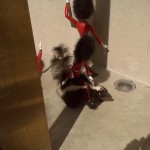 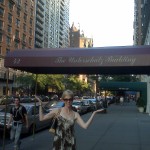 Christy and some random dude outside our old apartment. 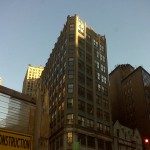 My former office at Columbus Circle

Posted by Mactavish on Jun 26, 2009 in Hollywood, Media, Tomfoolery | 0 comments

Tribute to a Marine Aviator

A Marine died recently. He lived a good life and enjoyed success in both the military and civilian worlds. From Wikipedia:

During World War II, he was a fighter pilot in the United States Marine Corps serving as a flight instructor and test pilot. He was a decorated pilot (six Air Medals) and was discharged in 1946, remaining in the reserves.[5] After college, he returned to active duty. He met his first girlfriend, Jenifer P Smith, on his first tour. He claims that she was the one to motivate him to become a better person. He was sent to Korea in February 1952. He flew unarmed OE-1 Bird Dogs on 85 tactical air control and artillery spotting missions. He remained in the Marine Corps Reserve, retiring with the rank of Colonel in 1966 and was then commissioned as a Brigadier General in the California Air National Guard.

With all of this media coverage of other recent ‘celebrity’ deaths, let’s remember a real hero.

It’s that time of year when we reflect on those that gave their lives to protect our liberties.

Inevitably, a handful of self-righteous loons will exploit Memorial Day for their own political gain, especially the military haters who attempt to portray all fighting men and women as thugs, based on the actions of a very small number of criminals who do very bad things.

Ironically, it’s the other 99.9 % of the military that protects the rights of those that disparage and criticize them, and do so without expectation of thanks or praise.

So I dedicate the video below to those that have made the ultimate sacrifice; courageous men and women like my cousin, USMC Cpl. Brad Arms, who died in Fallujah in 2004 while rushing to save his fellow Marines who were pinned down by enemy fire.  And Army Spc. Jessica Y. Sarandrea, a veteran of several deployments, who lost her life in Mosul during a mortar attack by terrorists.

And Medal of Honor recipient Mike Monsoor, a Navy SEAL that threw himself on a grenade to save his brothers. Fair winds and following seas, Mike.  Thanks for your valor and service. 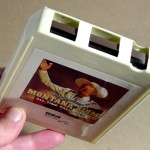